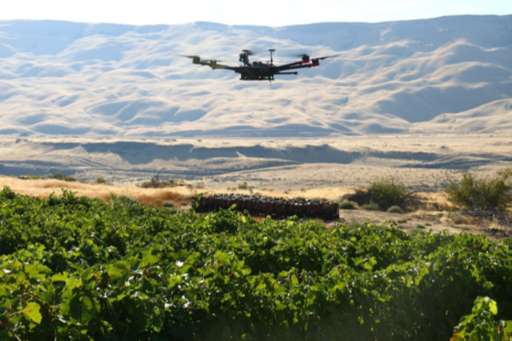 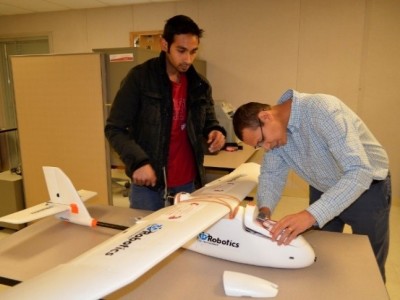 Every year, significant fruit yield loss is attributed to bird damage in WA and other parts of the country in various types of fruit crops. The issue is particularly prevalent to Washington and Oregon vineyards but is also a critical issue for cherries and other fruits including blueberries and raspberries. Washington State grape, blueberry, cherry, and Honeycrisp apple farmers lose $80 million annually to bird damage. Netting, auditory scare devices, visual scare devices, chemical applications, and active methods such as trapping, falconry, and lethal shooting are the most common ways that bird control is practiced. However, netting is the only method viewed by most farmers as effective, which also is costly and lethal to a host of wildlife. In this work, we are investigating the efficacy of using multi-rotor and fixed wing Unmanned Aerial Systems (UASs) to deter birds from vineyards and blueberry fields. After showing that human-guided UASs can effectively deter birds, we are working on applying machine learning techniques to autonomously deter birds out of an area.