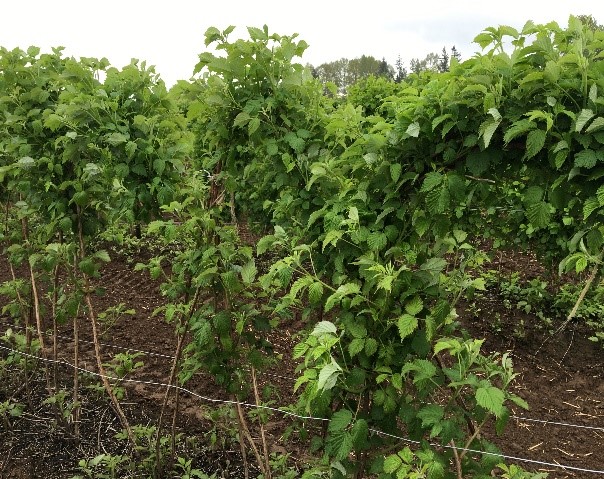 Canopy management activities such as cane pruning, bundling, and tying are labor-intensive operations in red raspberry production. Labor availability is uncertain at best and labor cost is increasing. Currently, canopy management activities are responsible for around 50% of the total production cost, which can be as high as $1,500 per acre. In addition, labor is at risk for chronic and acute injury. Mechanization has the potential to substantially reduce labor use from cane management. Through this project, we established a red raspberry plot in Prosser, WA as a test ground for evaluating various horticultural systems and mechanization solutions. 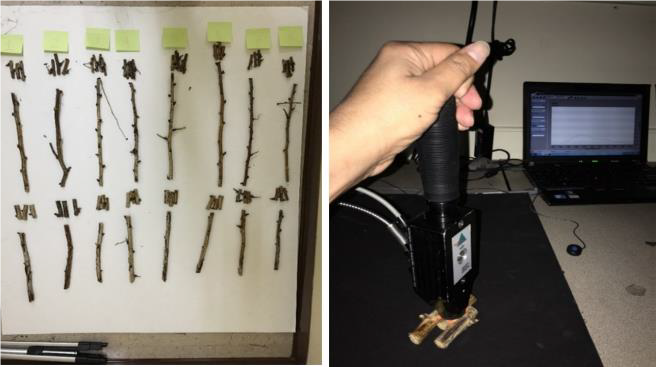 Two versions of prototype mechanisms were developed and tested for automating 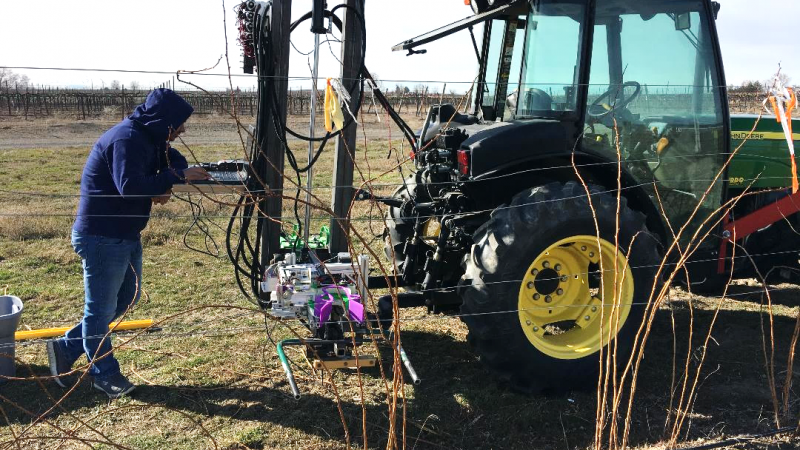 cane bundling and tying process. Adhesive tape was used to go around the canes and tie them together. A machine vision system was developed for cane detection and localization and

was integrated with the bundling and tying mechanisms for automated operation in the field environment. The system achieved an overall success rate of 90% when tested in a red raspberry plot in Prosser, WA. We also evaluated the durability of the adhesive tapes in holding the bundled canes together, which showed that the tape used in this work was sufficiently strong to keep the bundles intact until the fruit harvesting season.